Established in 1973  ~  Over 40 Years of Cooperation and Community

The Market Gets Started

In the spring of 1973 a small group of Carleton County farmers and interested supporters got together to talk about starting a farm market in Woodstock. A Farm Market Committee was established composed of Leighton and Shirley Hayward, Ruth Gartley, Earl Blackie, Carol Polchies, and Keith and Ellen Helmuth.

From this start, the work began to contact farmers, gardeners, home bakers, and crafts people who would be interested in being part of a farm market in Woodstock. The Town of Woodstock made the ground floor of the Connell Park grandstand available and the first Market was held on July 7, 1973. Eight vendors brought their products. Nearly everything sold out.

The next week there were 17 vendors and again nearly everything sold out. By July 27th there were 20 vendors and the Woodstock Farm Market was on its way.

The Market’s Many Moves

In its first few years, the Market operated through Christmas by moving into the Wildlife Building in Connell Park. In the summers of 1977 and 1978 the Market was set up every week on Queen Street in the centre of Woodstock and moved to the Masonic Hall for the early winter months.

In 1979, thanks to the generosity of Bud and Don Stewart, the Market moved to the covered parking garage on the ground level of Home Hardware where it expanded and operated with great success until 1988. In the winter the market moved into the basement of the Winslow and Hatfield Insurance building adjacent to the Home Hardware parking garage and began operating year round.

Eventually, the Home Hardware location had to be filled in to prevent flood damage and the Market was again homeless. It moved to the Y’s Men’s Club building and then back downtown to the King Street parking lot and into the hallways of Bi-Centennial Place for the winter season in the late 1980s.

The Market Creates a Home

During the late 1980s an intense effort was made to find permanent home for the Market. In early 1990, the Market secured permission to build on the waterfront property where the Market building now stands. It took agreements with the Town of Woodstock and the NB Power Commission, along with development grants from provincial and federal governments, plus a sizable mortgage to at last create a permanent home for the Woodstock Farm Market.

The Market Steps Up to a New Level

The Market continued to operate on a one day a week basis year round, and the new building became a prime location for many other community events, including craft fairs, bingo, community suppers, wedding receptions, dances, family reunions, annual meetings, and holiday events.

In 2006 the Market was reconfigured into a full-time, six days a week operation based on the volunteer cooperation of vendors who take turns clerking and maintaining the Market. As Carolyn Van Dine says, “The Market is a kind of family.” She should know. She and Allan have been with the Market since the beginning!

Below are photos from our 40th Anniversary!-2013 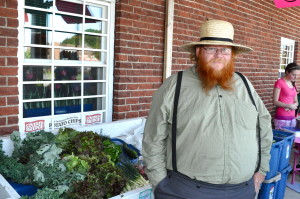 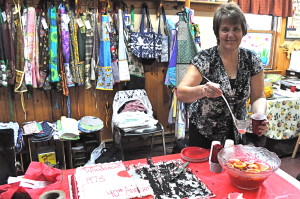 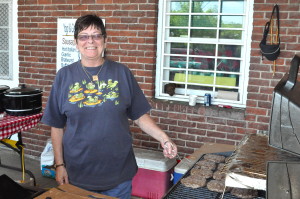 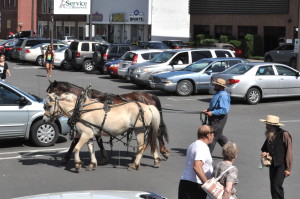 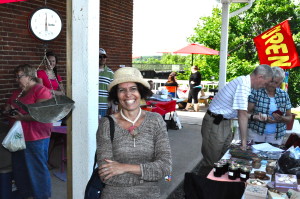 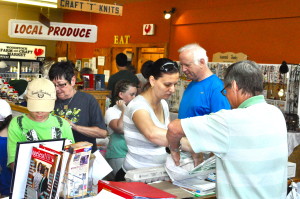 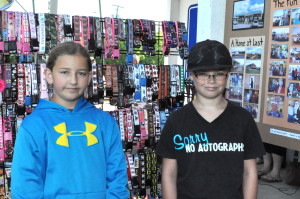 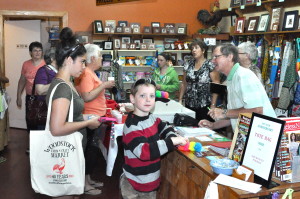 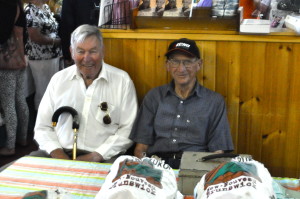 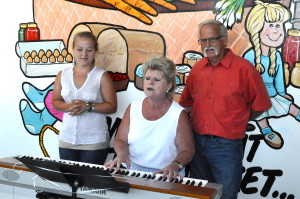 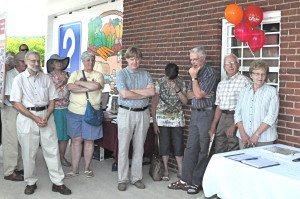 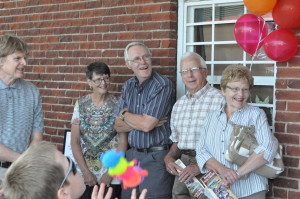 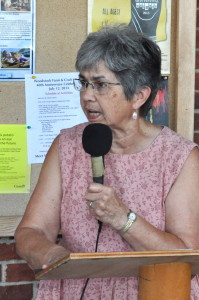 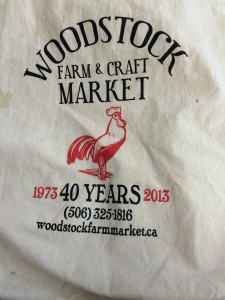