The sap is only beginning to run in New Brunswick now, but those on hand at the Woodstock Farm Market on Saturday morning for the annual Maple Fest didn’t mind seeing last year’s sap being used for this year’s sweet treats.

Basketball tournaments in the area, along with the Little Rocks provincial curling tournament being hosted by the Woodstock Golf and Curling Club and the Florenceville Curling Club brought in a few extra visitors to this year’s festival. Market officials said it was one of the largest crowds in the event’s history.

The highlight of the morning for most of the children, and evening a few adults with a sweet tooth, was the traditional maple taffy, created by pouring hot syrup on the snow. With the use of popsicle-style sticks, the quick-cooled syrup can be quickly rolled into tasty candy on a stick.

Hosted by Laurie and Roy McLellan, whose maple products are regularly on sale at the market,the Maple Fest has become a spring tradition at the market.As she poured the syrup on the snow,Laurie quizzed the children about their knowledge about New Brunswick’s famous maple production. Inside the market, visitors had a chance to enjoy a maple breakfast, which included Pam Burpee’s doughnut-shaped pancakes.

Among those enjoying the unique pancakes was Jared McRae Rogers of Riverview.He and his parents were in town for Little Rocks curling and headed to the market after taking part in the tournaments opening ceremonies at the Woodstock Golf and Country Club.

He also took tried out the taffy, as did Tate Braedley of Fredericton Junction. Tate and her parents were visiting the area while she was participating in a local basketball tournament. 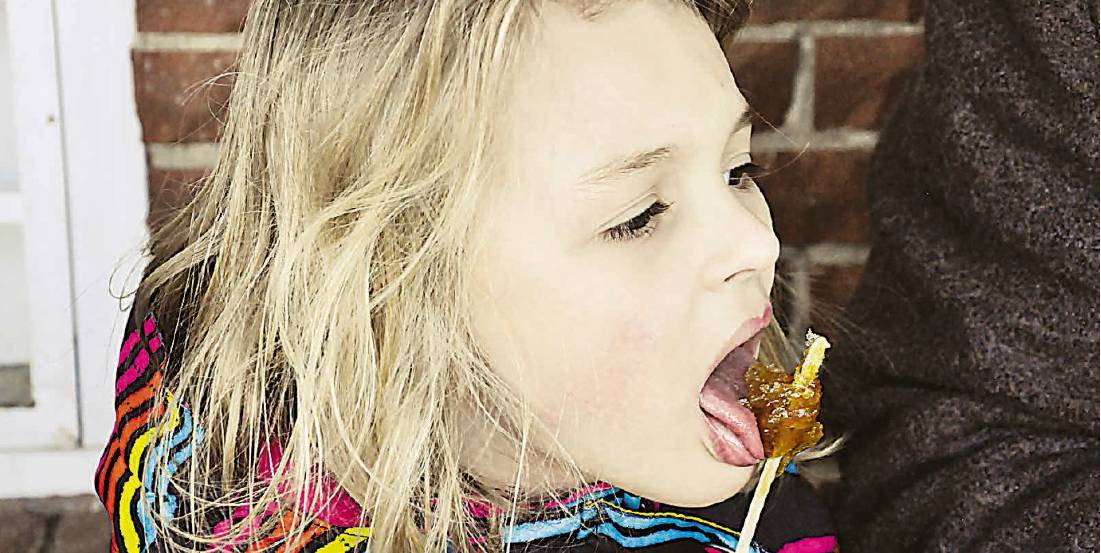 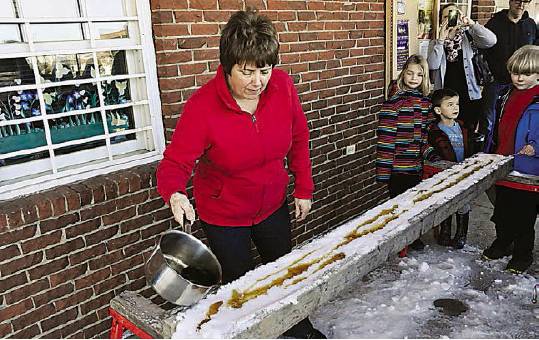 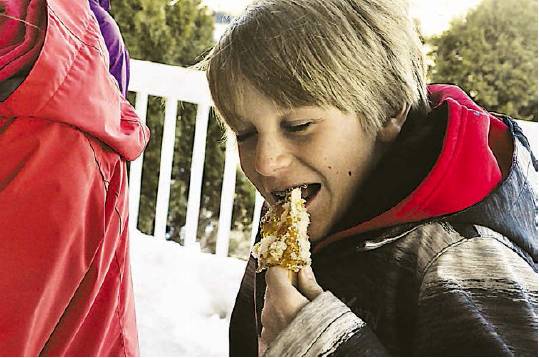 Jesse Anderson takes a bite of his maple taffy.